One Summer, Love snuck up on us dressed up as a cat. A skinny Orange One. We took great pleasure in siccing Joe after him, that was, until he refused to run anymore and told the dog this was his home as much as it was anyone’s. The Cat never, ever asked for much, like all of us, his
needs were the exact same. Family, love, warmth, shelter and safety. We soon found he didn’t like cuddles. He protected those he loved, especially the vulnerable and his soft eyes would sometimes puzzle over why we couldn’t or wouldn’t do the same. Spirit directed he be called Whetu, meaning Star, such was the beauty of his light and if things became too unbalanced in our day, we would softly call him Nelson, after Papa Mandela, for his very essence was a vibration of PEACE and FORGIVENESS. Tornadoes never troubled him, in fact, he slept right through them – lying on the ride-on lawn mower seat he’d claimed as his own, in the garage with the door wide open amid, the chaos of flying things, one eye watching us, quieting us, stilling our fears. In his time with us we had never seen him fighting with the other menacing warriors that would occasionally pass through his lush meadow. But, loves protection must oft pay a price and on several occasions our “Fierce Protector” had to be taken to Dr Sue to get his
wounds bathed, dressed and taken care of. He hated that, to ride in the car in a cage. The
mournful sobs he would utter, elicited many of our own. Lately, I thought he was acting really strange, like he just wanted to be loved and patted and petted. Reassured. And in the twilight of a recent Autumn morn, Love snuckout on us, dressed up as a cat. Our fat Orange
One, wrapped in a very special sacred orange scarf, sprinkled with our tears. 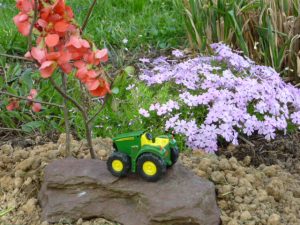 My name is Raymond TeKorako Ruka. I belong to a matriarchal peace nation from Aotearoa, New Zealand called Waitaha, the water carriers. I live in Yellow Springs Ohio with my beloved wife, Jenny. I am an Elder and Tohunga (priest), and I speak on peace and love.